The SPAC Boom Has Changed the Market

Most private business owners with an eye toward raising capital know that over the last year, Special Purpose Acquisition Companies (SPACs) have exploded into the forefront. The SPAC structure—often seen now as the preferred path to the public markets for private companies with a fitting story—has significant benefits like price certainty, full values, speed, and relative ease of transaction.

Also known as “blank check companies,” the SPAC sponsors raise a blind pool of funds from private investors with the intent of using the proceeds of the IPO to acquire a company in a specific industry or sector and taking it public. The SPAC structure has existed for decades, but conditions over the last few years have conspired to drive a new surge in interest that has been referred to as a “Blank Check Boom.” There has been a pronounced sentiment shift toward SPACs as a viable path to the public markets. There is broad consensus that the product’s durability is apparent and sustainable.

SPACs can be an appealing route to the public markets for companies that prioritize valuation certainty, coupled with speed and relative ease of transaction closure, which are absent from the traditional IPO process. Because SPACs are mergers rather than public listings, companies merging with SPACs are also allowed (for now) to disclose the sort of earnings projections that are barred by securities regulators in traditional IPOs. This forward guidance emboldens the institutional investors—those in the PIPE (Private Investment in Public Equities) as well as the SPAC IPO investors—to believe in the inherent value of the business that may not otherwise be evident from the historical financial profile.

Investors in the SPAC IPO are placing a bet that the SPAC sponsor will find an appealing merger target at an attractive valuation. It is a relatively low-risk investment, as 100% of the IPO proceeds are held in trust and are fully redeemable at any time up to the de-SPAC merger vote. If the investors do not like the deal the SPAC sponsor and target company ultimately agree to, they can redeem their shares in full, plus interest. In almost all cases, these investors are making their redemption decision alongside a PIPE investment completed to bring further capital at a stated value at the time of the de-SPAC transaction. This validation/authentication of the deal by new, often fundamental (long-term and non-momentum driven) investors is becoming increasingly critical in driving deal volume.

The Securities & Exchange Commission (SEC) is considering new guidance to dampen and regulate the growth projections SPAC target companies can provide to SPAC IPO and PIPE investors. The new regulations under consideration follow April 2021 SEC guidance querying the appropriate accounting treatment of warrants issued by SPACs to the IPO investors. Their concern is whether certain warrants should be treated as liabilities (and not equity instruments) for accounting and reporting purposes. The SEC’s evaluation of these considerations has caused a significant pause in market activity. Only a few accounting and law firms dominate the SPAC market, and their bandwidth to address the issue by changing the financial statements to meet new and evolving SEC guidance is highly constrained.

Those moves have cut into some of the frothiness the SPAC market experienced over the fall and winter of 2020—when every day seemed to bring a new announcement that some celebrity or other was launching a SPAC, and many SPACs were well oversubscribed at the time of their IPOs. April was by far the slowest month for new issuances this year, and SPAC share performance is trailing the S&P 500 year-to-date. It seems retail investors have taken the brunt of the losses, and the financial traders (hedge funds) are largely leaving the PIPE market. The capital market landscape for SPACs is rapidly evolving.

Despite this relative pause in the SPAC market, we view the SEC’s moves as a net positive over the long term. Closer scrutiny shows the SEC takes SPACs seriously—and it may pave the way for a more mature long-term market growth period. We anticipate the window for new SPAC IPOs will re-open in the coming months, as investors digest the impact of the SEC’s changes and adjust expectations accordingly. New and evolving fundamental investors are coming into the PIPE market (replacing the hedge funds that were in it largely for the financial trade), which is a very good sign for the viability of the de-SPAC target company as it exists into the future as a public company.

In February, Massachusetts-based Berkshire Grey—a maker of robotics and automation solutions for retailers, eCommerce, and grocery warehouses—announced that Revolution Acceleration Acquisition Corp. was targeting it for a SPAC merger that could value the business at up to $2.7 billion.

Other recent SPAC activity in the space has targeted remote-surgery pioneer Vicarious Surgical and exoskeleton manufacturer Sarcos. We believe this sector, which is rapidly growing and has relatively high capital requirements, is very well suited for the SPAC product. We expect to see increasing activity in RAAI SPAC transactions.

For business owners curious about the SPAC deal dynamics and structure, or the viability/suitability of selling their company to a SPAC, our team at Cascadia Capital has put together some key points to consider.

It is important to know that SPACs operate on a tight timeline—once a SPAC IPO is raised, it typically has two years to complete an acquisition (the de-SPAC transaction). SPAC shareholders may vote to extend the acquisition window, and shareholders also get final approval over the de-SPAC.

The ticking clock tends to drive an accelerated process once a SPAC identifies a target company. A typical timeline for negotiation, approval, and closing of a de-SPAC is three to six months.

During that time, negotiations and due diligence typically take four to six weeks and involve all the business, financial, and legal due diligence that is routine in any M&A transaction.

With most/all de-SPAC deals, there is an additional capital raise event via a PIPE transaction. This fundraising effort typically involves collaborative work between a SPAC sponsor and the target company’s management team in their interactions with the PIPE investors.

The remainder of the time to close—anywhere from 12 to 24 weeks—is required to complete and file the appropriate proxy/registration/disclosure statements with the SEC and prepare the company to operate under public company disclosure requirements.

Given the tight timetables involved, there are a handful of critical considerations we believe private company owners should keep top of mind.

While the public reporting requirements are lighter for a company participating in a de-SPAC than one pursuing the traditional IPO track, they are still significant. Complying with them is a major effort in the months leading up to the close.

More to Know, More to Come

For more in-depth background on SPACs, we highly recommend this FAQ-style deep dive into the topic prepared by our friends at Perkins Coie.

While much of the recent mainstream media coverage of SPACs has focused on some of the more hype- and celebrity-driven aspects of the surge, we are long-term believers in the structure. The boom that started in 2020 has revealed significant public market demand for investor access to companies that have high-growth potential but lack the infrastructure or wherewithal to run the risky gauntlet of an IPO. We believe a de-frothed SPAC market is here to stay. 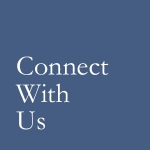