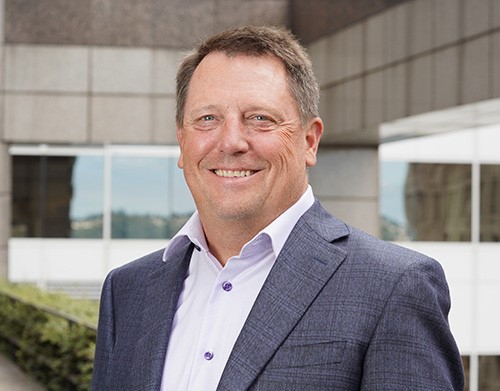 Brian spent the last 20 years in senior leadership roles at Saltchuk.  He joined as Vice President and Treasurer with responsibility for Mergers and Acquisitions.  He later become  President & CEO of North Star Petroleum – under his leadership the company made multiple acquisitions and grew to become one of the largest fuel distributors in Alaska and Hawaii. Prior to joining Saltchuk, Brian served as an investment and commercial banker with Rainier Bank and Commerce Bank.

Brian is a Managing Director in Cascadia’s Private Capital group.

Prior to joining Cascadia, Brian served as President and CEO of North Star Petroleum, a distributor of fuel and lubricants in Alaska and Hawaii. North Star is a subsidiary of Saltchuk, a diversified holding company. Bogen previously served as Vice President and Treasurer for Saltchuk.

Bogen currently serves on the Board of Hamilton Urban Partners, an apartment developer in the Seattle area and previously served on the Board of Navios, a leading global shipping company. Brian also served as President of the Northwest Forum, a group of PNW based business leaders.

An active community leader, Brian recently served as President of the Board of Directors for the Chief Seattle Council of the Boy Scouts of America and remains on the Executive Committee today.  Brian is a board member for Long Live the Kings, a non-profit supporting wild salmon restoration and sustainable fishing and is an elected town councilperson for the town of Woodway.  He has previously served on the Board of Directors for A Contemporary Theatre, Northwest Chinook Recovery, the Seattle Aquarium Society and the Greater Washington Chapter of the National Multiple Sclerosis Society.

Bogen is an Eagle Scout and is a recipient of the Silver Beaver Award for distinguished service to the Boy Scouts of America. He enjoys golfing, fishing, and hunting.