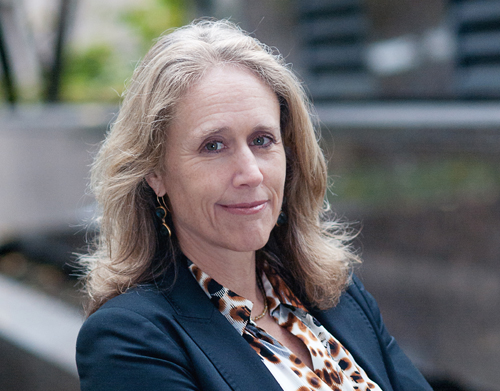 “Cascadia’s culture is steeped in integrity, intelligence and energy – fully directed toward the benefit of our clients.”

Previously Ann was the Chief Financial Officer of Moss Adams LLP. Prior to that, Ann served in multiple executive leadership roles at Russell Investments over a 15-year high growth period for the global investment management firm. During her tenure there, Ann served as Chief Human Resources Officer, as a Russell/Mellon Board Member overseeing the Russell Indexes, as a member of the firm’s Management Committee, Compensation Committee, Diversity and Inclusion Committee and as a Corporate Finance group leader. Prior to joining Russell, Ann spent seven years in global banking roles with Chemical Bank/Manufacturers Hanover based in New York and abroad.

Ann is an active and engaged community leader. Ann serves on the board of Heritage Bank, an Olympia-based publicly traded bank where she chairs the Compensation Committee and is a member of the Nominations and Governance Committee. Ann serves on the Board of the Seattle Foundation, where she is Chair Emeritus. She is a member of Whitman College’s Audit and Risk Management Committee and serves as a mentor for the Onboarding Women Program. Ann was a Social Venture Partners member for nearly twenty years. In previous community service roles, Ann served as a board member of the Washington Economic Development Finance Authority, as a Finance Committee Member for Thrive by Five, as an Executive Committee Member of the China Relations Council and as a board member of the Seattle-Chongqing Sister City Association.

Ann holds an MBA in Finance from Columbia University and a B.A. in Economics from Whitman College.